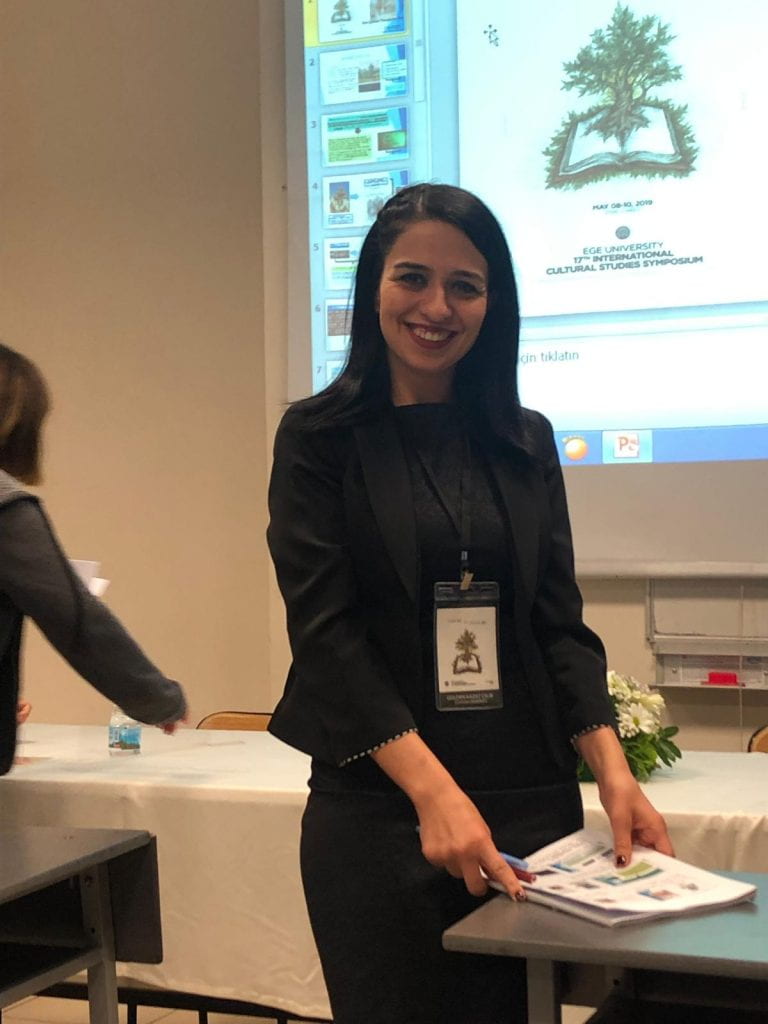 Brief information about the conference:

Ege University 17th International Cultural Studies Symposium (CSS) was held in May 8-10 as a three-day event welcoming 60 national and international speakers coming to talk about the long-lasting relationship between nature and culture, the theme of the symposium. It was co-organised by the Departments of American Culture and Literature and English Language and Literature of Ege University and accompanied by so many young scholars concerned with human-nature relationship and its reflection upon the literary works as well as other disciplinary pieces. There were three keynote speakers who are well-known all around the world in the field of ecocriticism and literature and nature: Professors Cian Duffy from Lund University, Serpil Oppermann from Nevşehir University and Ufuk Özdağ from Hacettepe University. Each of the presentation was so inspiring that they led us to reconsider, reevaluate and reconfigure our (mis)concenptions of the dichotomy of nature/ culture, serving as an emergent call to raise an awareness towards the restoration of nature by humans, the ones damaging and thereby distorting it the most.

My presentation aimed to offer a new reading and interpretation of Cervantes’ Don Quixote in accordance with Thoreau’s transcendental philosophy. It suggested reading Don Quixote’s adventures through the deepest of the nature as a self-quest of an individual to obtain a new existence to himself. Throughout my presentation, I tried to juxtapose Thoreau’s way of living with Don Quixote’s and came up with the idea that Don Quixote is one way or another trained by Nature to attain such a valuable but simple self. Turning into a man who does not care what to eat, where to sleep, how to clothe and get warm, Don Quixote eventually becomes a Thoreauvian man.

I am so happy and glad to have such a chance to catch up with the recent trends in literary and cultural studies.

« Reflection on Forum on Curricular Issues (FOCI) XIX by Bahar Hasırcı and Ebru Yamaç
“Convince me!” competition by Aysel Kalcıoğlu and Can Danışmant »