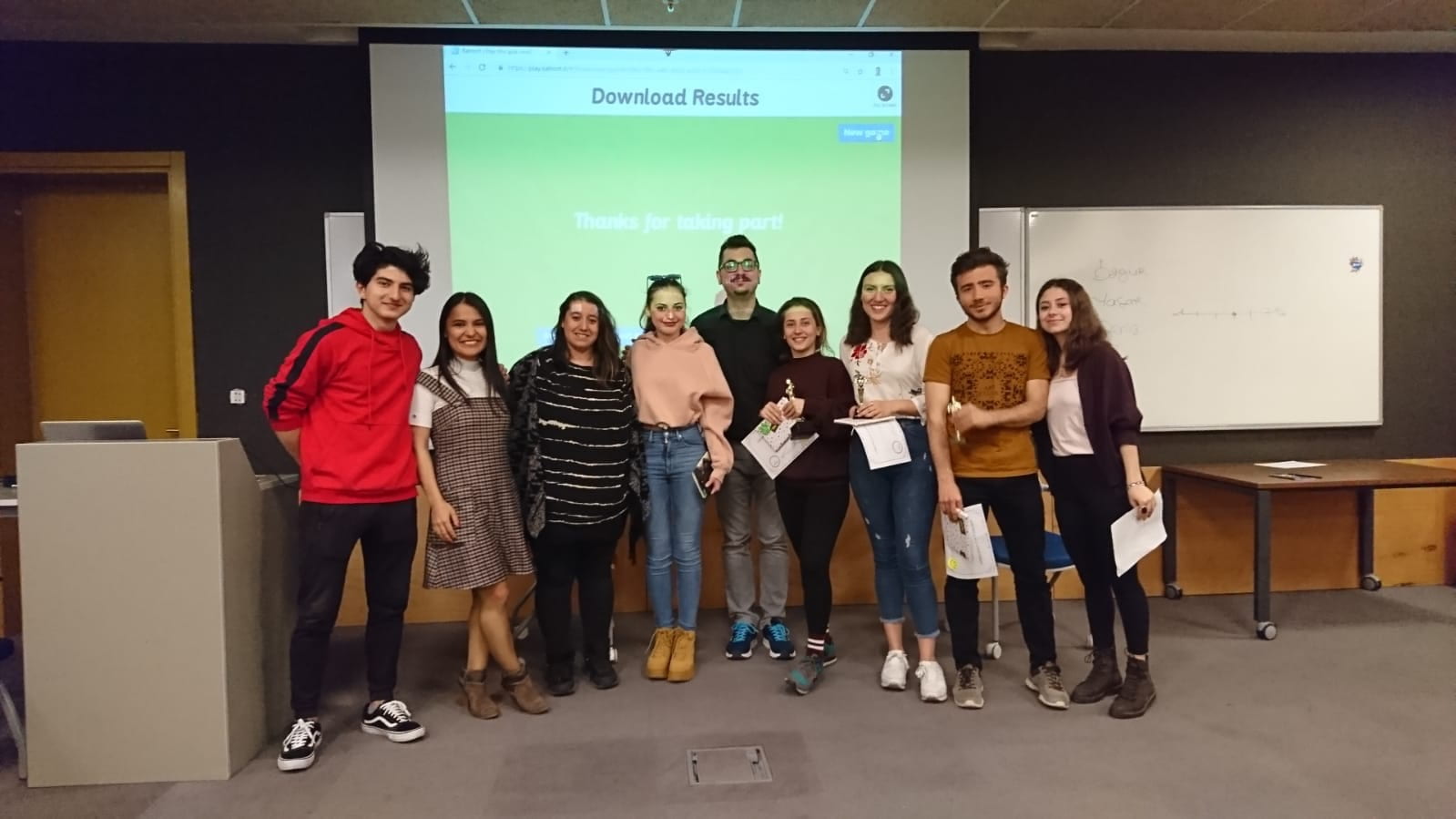 As M5 and M6 class instructors of B1 level, we felt the need to initiate an engaging extracurricular activity that would go hand-in-hand with our curriculum for the purpose of improving the discussion skills and speaking level of our students. In order to do so, we have decided to organize a competitive environment that would require them to focus on discussion skills. Having organized such activities in the former institutions that we have worked in, we both had a lot of ideas to come up with. During this process, we also consulted our team leader (Nazlı) to further strengthen the process of organizing a discussion contest, which we named as “Convince Me!” and we also welcomed our team leader’s involvement and assistance in the process. Accordingly, the students would compete in pairs weekly on a given discussion topic that would be sent as a notice to them a week in advance so that they would be able to make research and prepare their notes for the discussion to take place in the class. 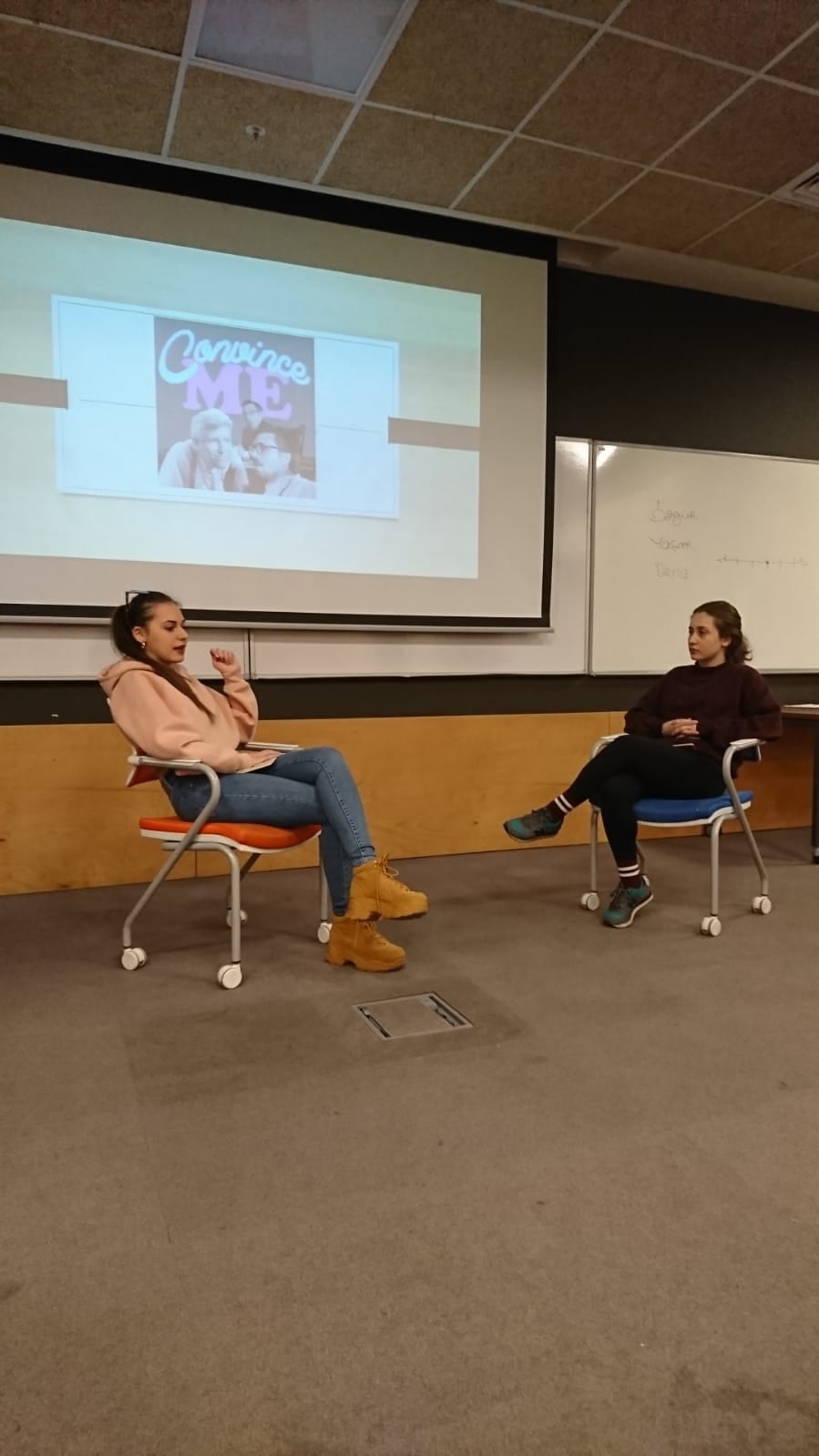 The election of the successful competitor was done through a voting process, in which fifty percent of the vote would come directly from the instructor, while the remaining fifty percent would be provided from the votes of students based on our B1 level Scola Holistic Discussion Rubric. This way not only enabled our students to have more awareness of what was expected from them for our speaking objectives and become more critical about their individual performances, but also helped them to embrace the process as part of their own due to the chance of having a direct saying in the procedure, where the students were able to provide their own feedback along with ours to each discussion performance carried out weekly. This was, however, a bit demanding as we were also required to carry out other curriculum-related procedures such as the MCD tasks. In the long run, though, no matter how time-taking it would be, it assisted us in running the MCD discussion task smoothly as all students were already familiar with what was expected from them. By the end of the process, the top elected 2 contestants coming from each class competed in the cinema room with both classes watching, and with three jury members that included us along with Sultan (who come in to support our activity in behalf of Nazlı and to both of whom we are thankful for). After the voting took place with both parties – students and teachers – we have decided on the top 4 and awarded with small gifts. The reflection we received from our students was that they not only enjoyed the process of this competitive activity, but that it also improved their awareness significantly, and encouraged them to discuss more. Our reflection, on the other hand, was that it was a very entertaining and fun thing to do to help our students learn despite the challenge of carrying such an activity out with our workload.